This document contains links with accompanying screenshots of over 50 separate articles or accounts on the internet in October 2015 which promote Mrs Yang and provide her bank details, or a link to a place that does.

This is just a sample as Mrs Yang’s bank details were literally all over the internet, with dozens, if not hundreds, of Facebook, Twitter, Instagram accounts, along with many more fundraisers and blog sites of every description, in articles about animals, people, news and fake news and otherwise, in posts and comments.

This document refers only to the UK, but it was a similar story all over the world. In the summer of 2015, while Mrs Yang was known for a fact to be in receipt of tens of thousands of dollars, she repeated claimed that her dogs were starving. That’s even though she simultaneously claimed to travel 1600 miles to rescue 100 more dogs from Yulin. In the scorching heat of a Chinese summer this would be a massive operation and not possible for the lone rescuer who doesn’t drive that she has always claimed to be.

Like so many things that Mrs Yang has said, so many of her claims do not add up. She has been filmed at literally dozens of shelters which are not really shelters at all, but wastegrounds she has rented or used for a film set. More video evidence of this will be presented in 2020/21.

In the summer of 2017, almost all the articles providing Mrs Yang’s bank details are asking for donations were still up on the internet. At the time of writing this in 2019 some articles and some sites have disappeared but the vast majority are there. Most now have thousands or tens of thousands more views than have been shown here.

As vigorous fundraising and publicising has continued up until now, these articles have likely been collecting donations all this time and without a doubt they would have have collected millions.

For some years, donations had flooded in to Mrs Yang from all over China until people realised something was wrong and the tidal flow of donations dwindled. Then in about 2009 Mrs Yang and her organisation took her requests for donations abroad in a big way with professionally created articles and videos on Youtube and elsewhere. At the end of this document is a screenshot from an article in a Chinese newspaper in 2015 where Mrs Yang says:  “I do not get any donations from abroad”. 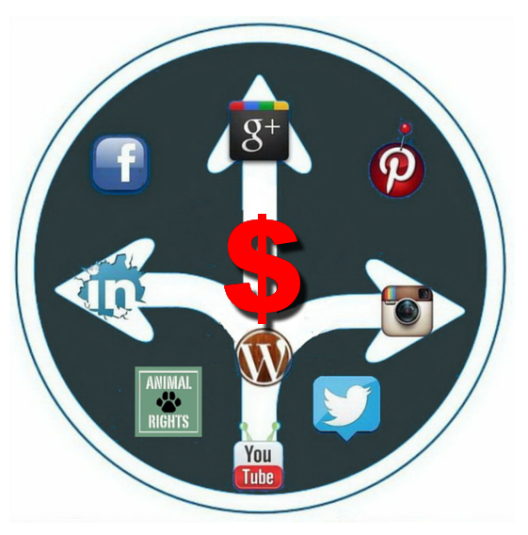 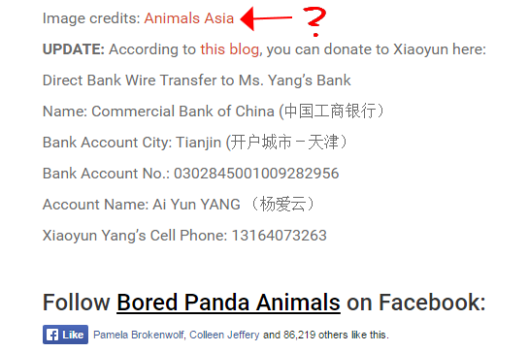 [This article was still up in late 2018 but now points to an article about animal cruelty.] 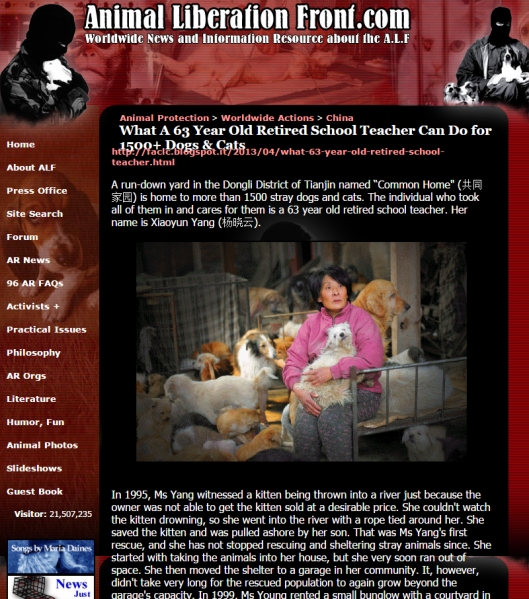 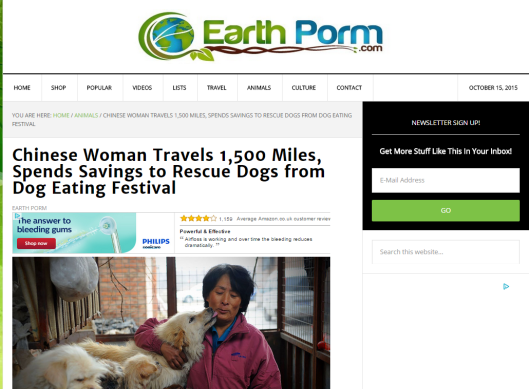 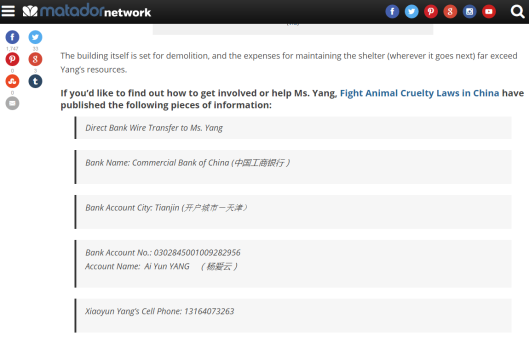 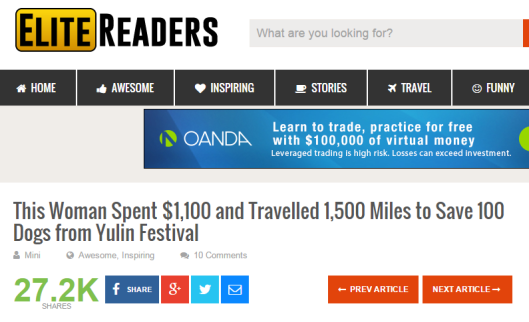 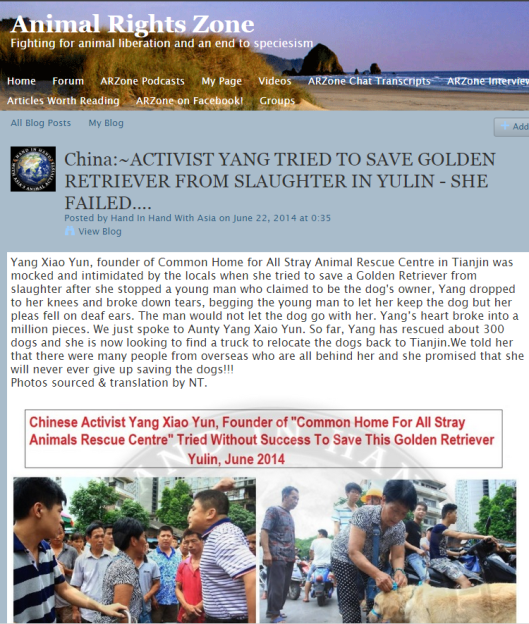 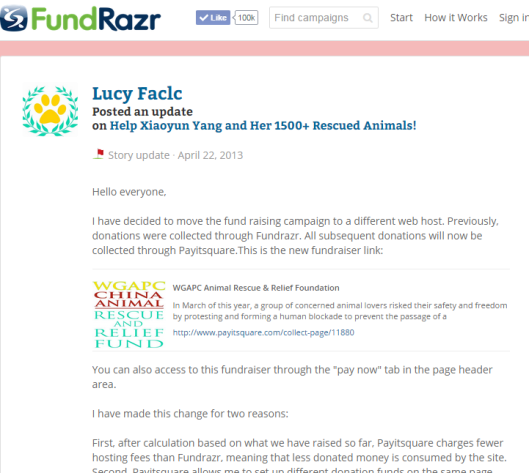 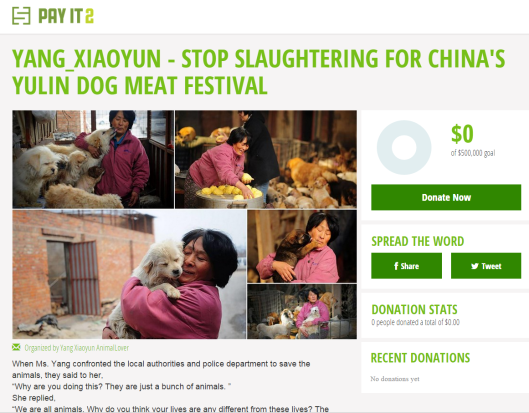 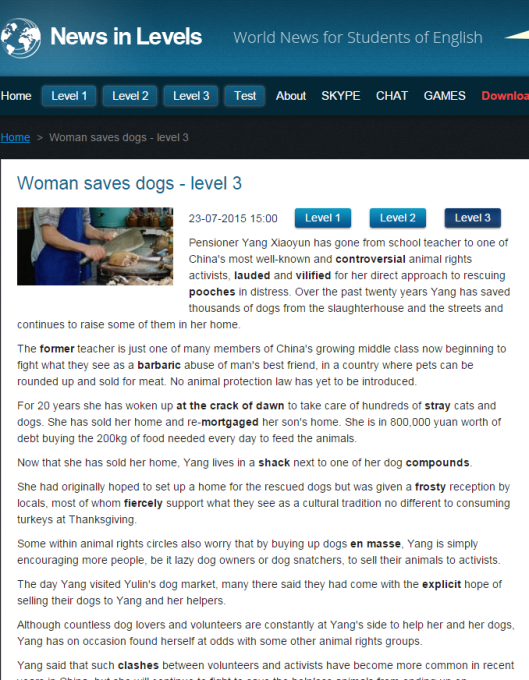 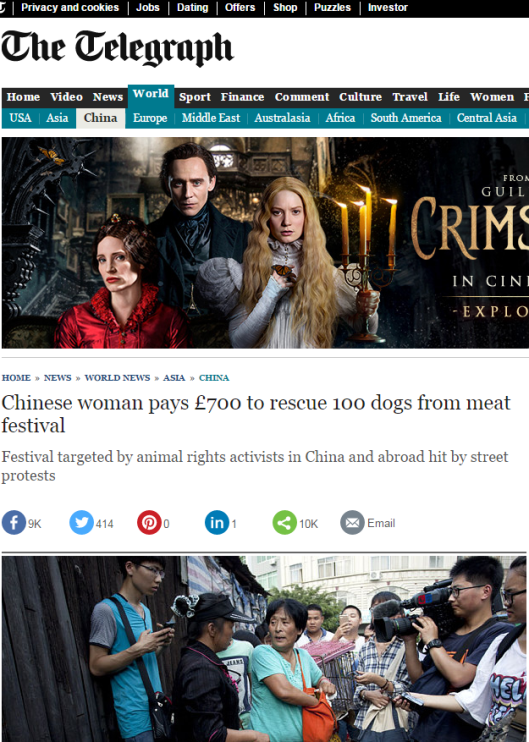 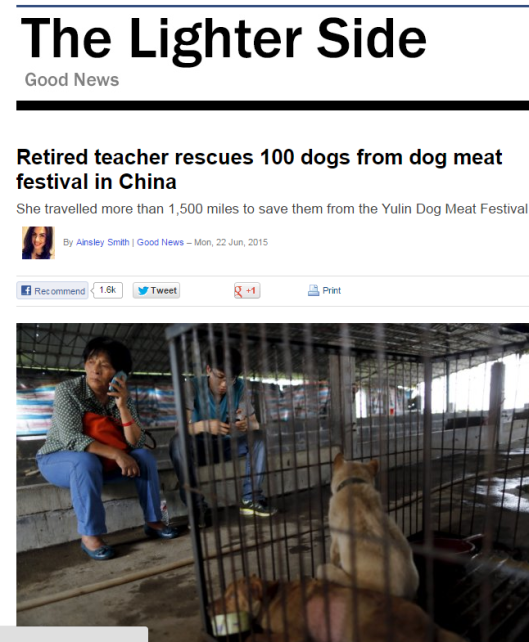 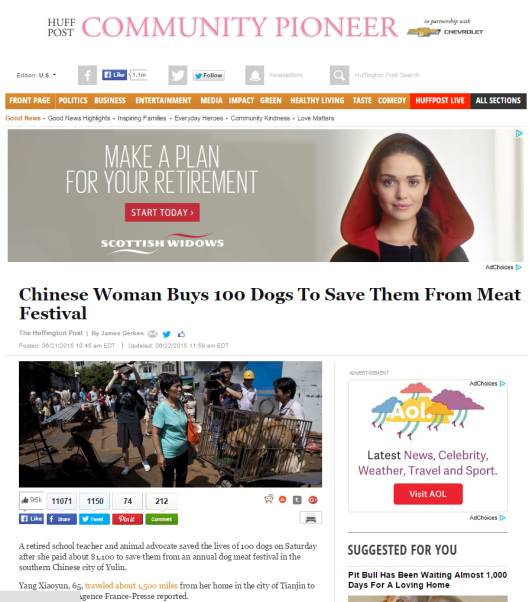 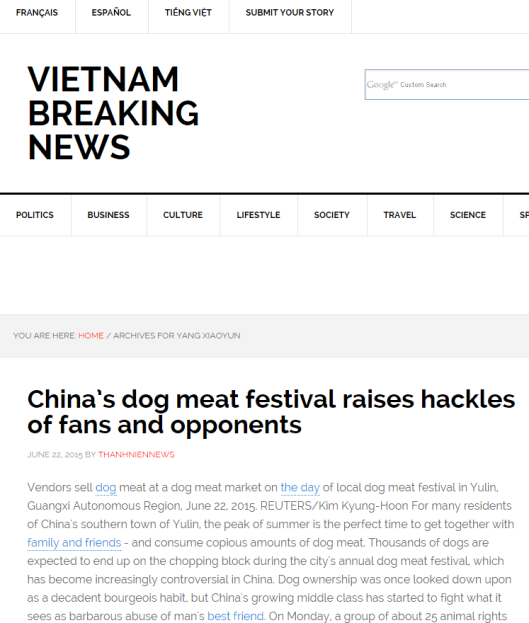 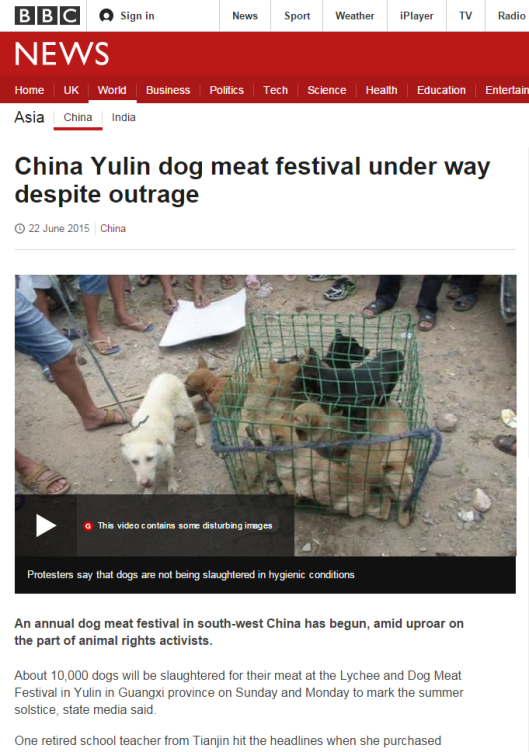 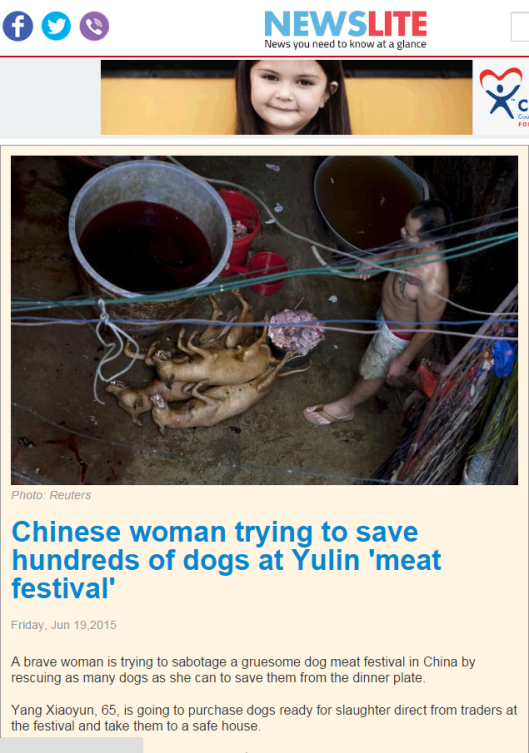 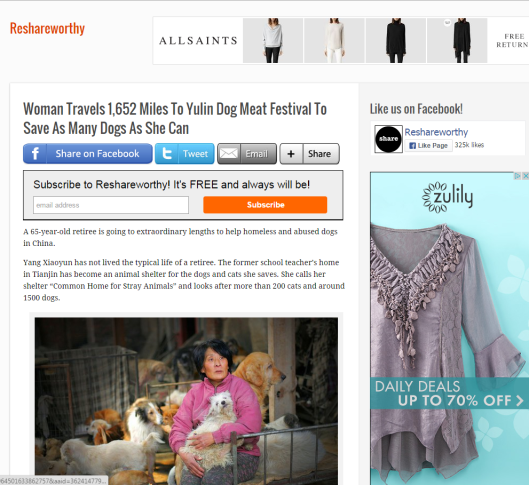 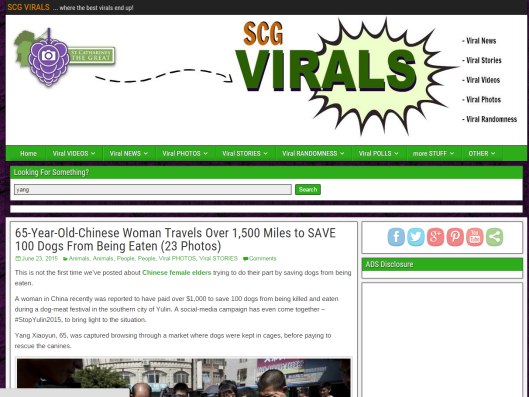 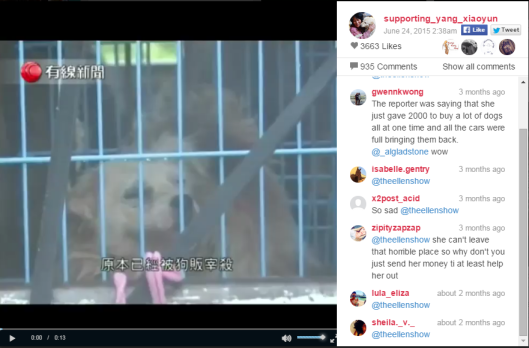 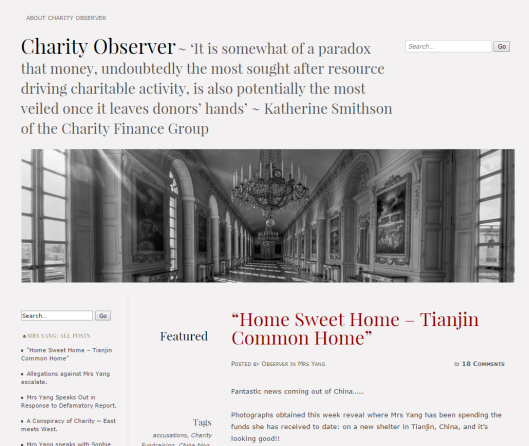